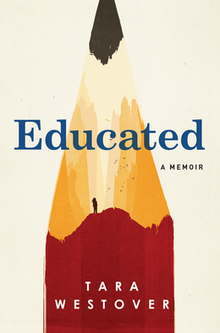 Reading her experience being raised, with belief of home remedy and herbs to treat all ailments. No hospital or doctors, avoiding government services as much as they could, including school. She was born at home through the help of non certified mid wife but who had experience and trusted by the community.

The book is a page turner, captivating and very emotional to read. As she soaks us with the challenges she experienced at home. Working at her fathers junkyard, being her mothers assistant as she was making herbal medicine and practicing mid wifery. Being home schooled but not as what we would expect. She was never examined. The tough situation to go through but true to form she was able to break barriers. She studied on her own and sat for her ACT which she passed after two trials and was accepted to University BYU, even though she had never sat in classroom before then. She did not fully disclose that she had not attended high school or matter of fact any formal school. University ushered her to first, first classroom, first term papers, first lecture, roommates and generally school life. She was able to perseverance and topped her first year and was awarded scholarship. Juggling school and her family situation, her parents were against her going to school from the onset. They believe that she would get married and bring up her own family and support her husband the same way her mum had done.

Tara was rediscovering herself and at the same time trying to run away from her ghosts. Through all this she was able to study and got her PHD within a span of 10 years but costed her losing her family. Her parents cut off ties with her including three of her six siblings.

July has been a month I have been getting educated on education. The art of imparting and sharing knowledge. From my background it was hard to reconcile the fact that some people in America a first world struggle to get an education, thought that this was a third world problem.

Education system has not gotten the perfect way of sharing knowledge, as much as research and new methods are being experimented. As it standings this are just but testing, we are nowhere near being certain of the best teaching methods. What we are sure is we have been able to eliminate and stop some methods since we have determined and proved that they are not only ineffective but also do not have any advantage.